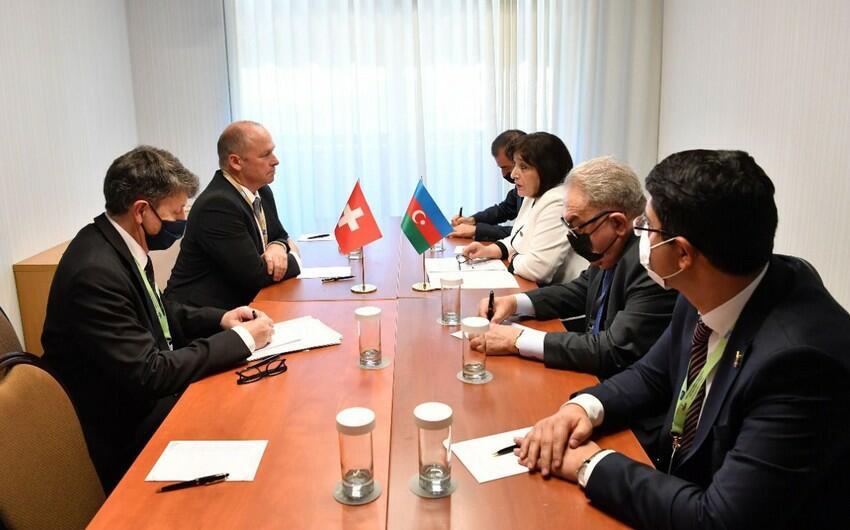 During her working visit to Greece, Speaker of the Milli Majlis Sahiba Gafarova met with Chairman of the National Council of the Federal Assembly of the Swiss Confederation Andreas Aebi.

Axar.az reports that it was noted at the meeting that relations between the two countries were successfully developing in various directions. It was noted that the high-level cooperation in the political sphere also made a positive contribution to the development of relations in the economic sphere.

The role of the legislature in the development of relations between Azerbaijan and the Swiss Confederation was stressed during the conversation, as well as the positive activities of friendship groups were noted. It was noted that mutual visits and exchange of views are important for further expansion of cooperation between the legislatures.

Prospects for cooperation in bilateral and multilateral formats and other issues of mutual interest were discussed at the meeting.