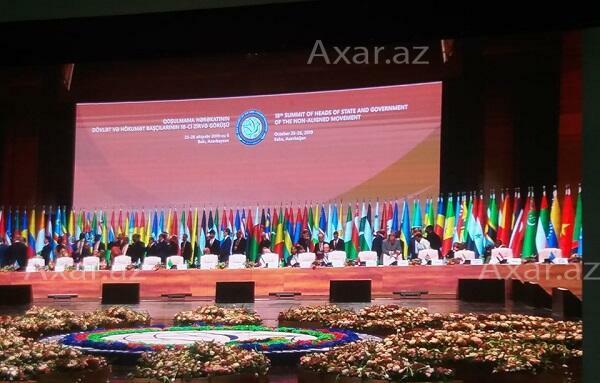 The Non-Aligned Movement celebrates the second anniversary of Azerbaijan's presidency.

Axar.az informs that this was shared on the organization's Twitter page.

"Today marks the second anniversary of Azerbaijan's chairmanship in the Non-Aligned Movement. "Exactly two years ago, at the 18th summit of the movement, held in Baku on October 25-26, 2019, Azerbaijan took over the chairmanship from Venezuela," the statement said.

It should be noted that Azerbaijan's chairmanship in the movement has been extended for another year and will end in 2023.