Commemoration ceremonies held in memory of the martyrs 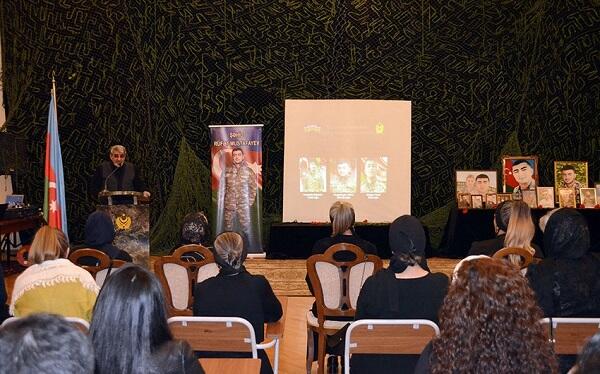 Commemoration ceremonies were held to honor the souls of the martyrs who sacrificed their lives for the liberation of our lands from occupation.

At first, the memory of national leader Heydar Aliyev and the martyrs for the independence and territorial integrity of Azerbaijan was commemorated with a minute of silence. The national anthem of the Republic of Azerbaijan was sounded.

Participants of the event were told about the end of the Patriotic War under the leadership of President of the Republic of Azerbaijan, Supreme Commander-in-Chief of the Armed Forces Ilham Aliyev, the glorious life and path of our martyrs, and were presented videos.

Family members and relatives of the martyrs thanked the President and the leadership of the Ministry of Defense for the attention and care, as well as for honoring the memory of our martyrs.

Poems dedicated to our martyrs, patriotic performances of soloists of the Army Ideological and Cultural Center named after Hazi Aslanov were met with interest by the participants of the event.