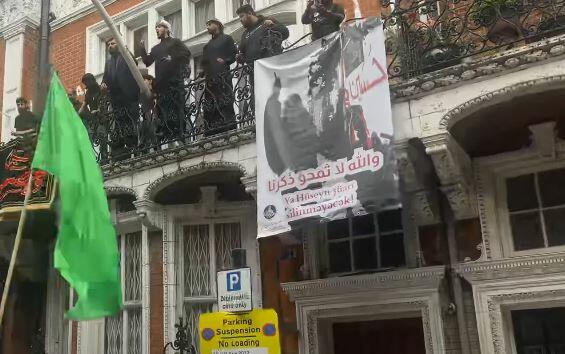 It is reported that the "Servants of Mehdi" radical group, which attacked the Azerbaijani embassy in London, has nothing to do with Iran, and even has differences with the supreme religious leader of this country.

Axar.az reports that the facts of the joint actions of the radical group in London and the group strongly supported by the Iranian authorities are emerging.

Yesterday, during the attack on our embassy, "Mahdi" people hung the portrait of Seyida Shahla, a woman who calls herself "Huseynchi" in Bina settlement, on our embassy building.