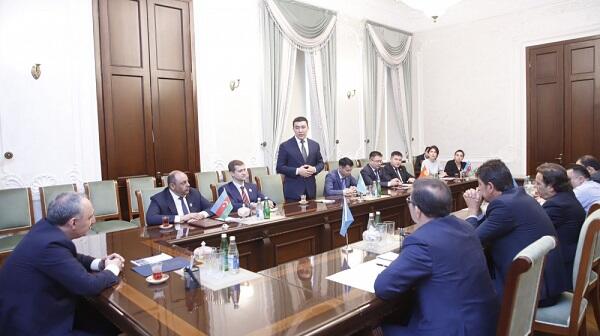 An international seminar was held at the General Prosecutor's Office of Azerbaijan on August 8 on "International cooperation of prosecution authorities, provision of legal assistance in criminal cases: the current situation and challenges."

The event was held under the auspices of the Council of Prosecutors General of the Organization of Turkic States, established in Baku on November 1, 2021

The seminar was attended by delegations of the Prosecutor General's Offices of Turkiye, Uzbekistan, Kazakhstan and Kyrgyzstan, as well as the Deputy Secretary General of the Organization of Turkic States.

The Prosecutor General of Azerbaijan, Kamran Aliyev met the guests and drew attention to the importance of expanding mutual and practical cooperation between the law enforcement agencies of the Turkic world.

Then the seminar continued with presentations and speeches by prosecutors.