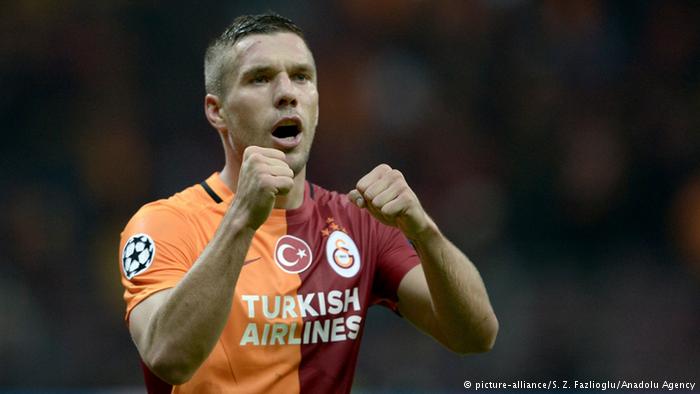 Lukas Podolski has announced that he is to move to Vissel Kobe of the J-League at the end of the season.

The Galatasaray forward made official on Thursday, what had long been rumored: Lukas Podolski is to set leave Istanbul and is bound for Japan.

"I can confirm that at the end of the season, I will move to Vissel Kobe of the J-League in Japan," the 31-year-old Poland native announced via his Instagram account. "It's not a decision against Galatasaray, it's a decision I made for a new challenge, and I will explain more when the time is right. But right now my only focus is helping Galatasaray and our fantastic fans! "

The former Cologne, Bayern Munich, and Arsenal player has been at Galatasaray since 2015, and his current contract was to run until 2018. However, throughout the January transfer window, there had been rumors that he was to leave the Istanbul club early - bound for either Japan or China.

Podolski, who announced his retirement from international football following last summer's European championship in France, is to play one final game for Germany - against England in Dortmund on March 22.

After getting his first call-up to Germany in 2004, Podolski appeared in seven major tournaments and was a member of the 2014 team that won the World Cup in Brazil. He has scored 48 goals in his 129 appearances for the national team, which makes him Germany's third-most capped player and their fourth-highest goal scorer.