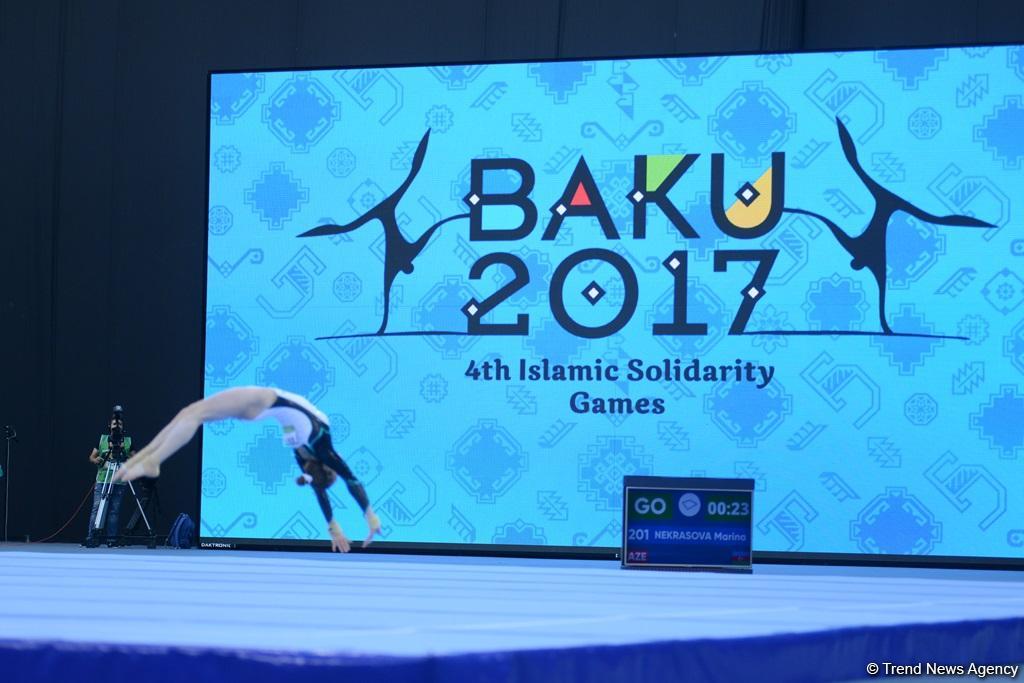 The award ceremony was held in the National Gymnastics Arena for winners of team event in artistic gymnastics at the 4th Islamic Solidarity Games in Baku May 14.

The Baku 2017 Islamic Solidarity Games started May 8 and will last until May 22 in Azerbaijan’s capital.