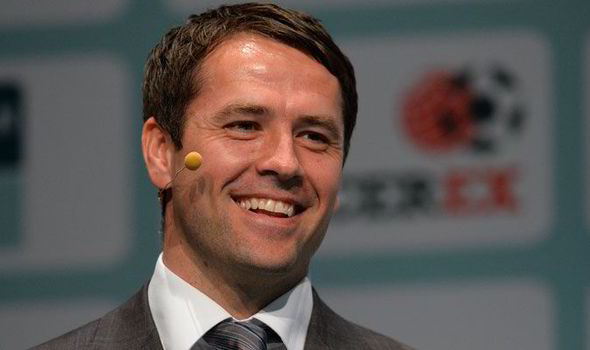 More than 7,000 Liverpool fans have responded to Manchester United's Europa League final victory by signing a petition calling for the removal of Michael Owen as club ambassador.

While United celebrated cup success and Champions League qualification in Stockholm, Merseyside was left seething by watching the coverage on BT Sport.

Rio Ferdinand, Owen Hargreaves and Michael Owen were among the pundits in Sweden as former United players.

But Owen is also a club ambassador at Anfield, and the red half of Liverpool could not hide their anger when they heard their former striker refer to Jose Mourinho's side as "we" during his analysis.

And that prompted one fan to set up a petition calling for his removal from the club role, which has since been signed by thousands.

The petition reads: "Michael Owen has been a disgrace towards his position as Liverpool's International Ambassador and he must be stripped from the position immediately.

"On Wednesday night during the Europa League final, live on BT Sport, Michael Owen referred to Man Utd as "We".