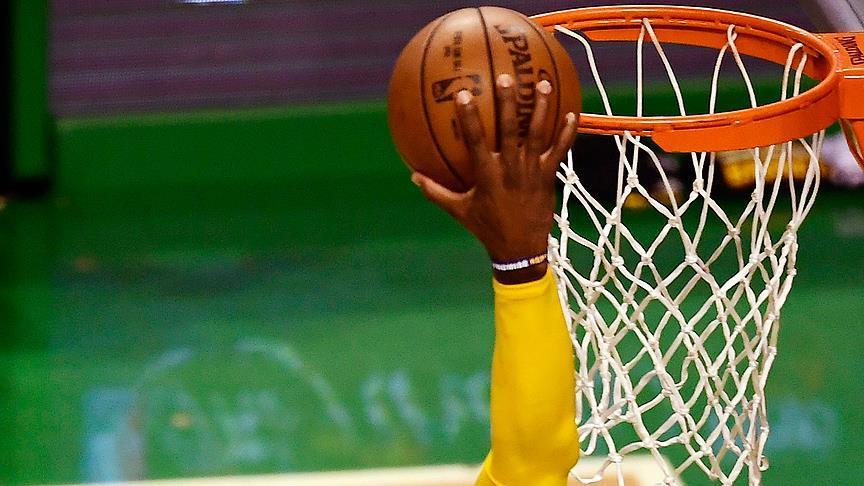 The Cleveland Cavaliers on Friday survived a Golden State Warriors’ bid to sweep the NBA Finals thanks to a superb shooting performance in a 116-137 win at Quicken Loans Arena and forced a Game 5 in the 3-1 series, AA reports.

The Cavaliers got off to a great 6-19 start in a record-breaking first quarter, scoring a Finals-high 49 points -- despite missing eight free throws. The Warriors' scored 32 in the quarter.

The second quarter brought more quality offense from the hosts, as the Cavs' big three of LeBron James, Kyrie Irving and Kevin Love combined for 67 points to end the half at 86, including 13 three-pointers -- two more Finals records.

The Cavs went on to shatter another Finals record with 24 three-pointers in the game.

In the third, Cleveland continued to stave off the Warriors' efforts. With 9 minutes left in the quarter, James dribbled coast to coast, jumped and, not able to find an open teammate, passed the ball off the backboard to himself for a All-Star game-type two-handed slam.

In the fourth quarter, the Warriors pulled to within 11 points on an early eight-to-nothing run, but their efforts to claw back into the game were quickly thwarted by two Kyrie Irving plays for five points.

With four minutes to go, James and the sharp-shooting J.R. Smith suffered a cringe-worthy collision after a James steal, losing the ball but coming out unscathed.

The Cavs sealed the game after back-to-back three-pointers with three minutes left in the game put them back up by more than 20 points.

The loss was the first for the Warriors in the playoffs.

After the game, Irving -- who led the scoring with 40 points -- said the game was "do or die; we understand that.

"Obviously the job is still far from over, but this is a good start," Irving added.

"We have championship DNA as well; we showed that tonight," James said.

James continued his brilliant, unprecedented triple-double performance in the Finals -- registering his in eight Finals appearances tying a record held by Magic Johnson.

The two teams will go head-to-head Monday at Oracle Arena in California as they meet in the third Finals match-up in as many years, with the 2015 title going to Golden State and 2016 to Cleveland -- the city's first major championship in decades.

Friday's game was stopped on several occasions to allow the referees to have another look at contested positions as the stakes were as high as ever during an NBA season.

In one incident in the third quarter, players and fans thought Draymon Green was ejected after picking up his second technical foul. After several minutes of deliberation, the referees said the first technical was registered erroneously as it was called on Warriors coach Steve Kerr.

The stoppages gave way to more interaction between players and fans with court-side seats.

One fan was ejected and escorted out by police with one minute to go in third after he exchanged words with players on the Warriors bench.