"Russia should host next European Games" 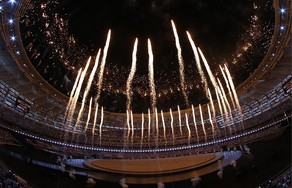 "No other country but Russia should host the 2019 European Games."

According to the TASS, Azerbaijani Youth and Sports Minister Azad Rahimov said.

If Russia refuses from Games, that is not within my competence. However, European Games is a good race and gigantic experience for athletes. It is important for them to stay in the Olympic village", the minister said.

The minister is convinced that those who participate in the Olympic Games will show best results: In other words this atmosphere and life experience will have an impact on athletes. European games are required, this race should have a very good future.

I think from this point of view, Russia will help athletes and Kazan to support them."