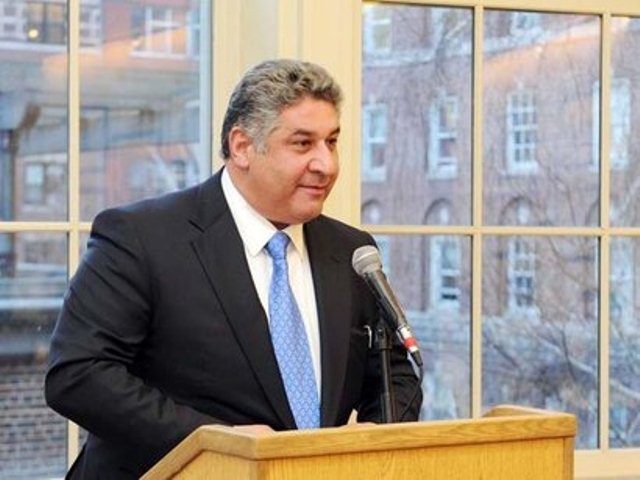 Minister of Youth and Sports of Azerbaijan, Chair of the Formula 1 race Committee, Azad Rahimov talked about financial plans for the Baku "European Grand Prix".

"This project is under the special control of the government and does not yet have a large private investment", A.Rahimov says in his interview with "Sovetskiy Sport".

"Formula 1, namely, the urban route, brings attention to Baku as one of the new destinations for tourists. We hope to reach the goal, and the funds that were invested in "Formula 1" in Baku will be returned from tourism in the future.

The calculation is simple. The first component - 18.5 thousand seats (in fact, on the "European Grand Prix" in Baku sold about 30 thousand tickets, ten of them - in a free placement area - Ed). On the eve of the race we will know how many tickets are there and at what price was sold, and the proceeds will be clear. Second - earnings from tourism. Here we can also count", he said.

"It is about 12-14 thousand rooms in hotels of Baku, plus villas and apartments for rent. Perhaps we can say about 15-16 thousands tourists will arrive in Baku. We calculate the average cost of tickets, hotels, meals, transportation - respectively, push the economy, taxes. As a result, this year, of course, we cannot return the money spent. But in the future, given that we bought everything that we need and asphalt is laid we will only need to assemble all. Therefore, i hope that we will reach a profit", he added.

European Grand Prix held since 1983. The race was held at five different tracks in Spain, Germany and the UK. Since 2016 "European Grand Prix" has returned to the calendar, "Formula 1" after three years and will be held at the street circuit in Baku on June 17-19.