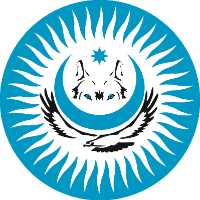 The Azerbaijan Alpagut Federation continues to promote and develop the ancient sport of the Turkic nations - alpagut.

The ways of developing this sport was mulled in Turkey as President of the Alpagut Federation Agil Adjalov met with master of hand-to-hand combat Agil Ajalov and Head of the Sadad Global Real Estate company Hakan Kendirli, Trend Life reported.

The sides also discussed mutual relations between Azerbaijan and Turkey, as well as deepening cooperation in various spheres, including culture, sport and education.

Ajalov hailed the special attention given by Hakan Kendirli to Azerbaijani students in Turkey.

Kendirli, for his part expressed great interest in the promotion and development of the ancient sport of alpagut in Alanya, not only among the local population, but also a large number of tourists coming to this resort region of Turkey.

Alpagut is a martial art with its canons, traditions and philosophy. The word Alpagut consists of two words- Alp which means ‘warrior’ and kulsal that means ‘saint’. These are saint soldiers who battled for the sake of national and universal ideals.

The first one is similar to full contact karate, but there are also grabs and throws. The Batur system is similar to the fighting. However, it is not allowed to fight on the ground more than 20 seconds.

The Jaimas system is similar with K1 and Thaiboxing.