Russian rocket with US satellite lifts off into space 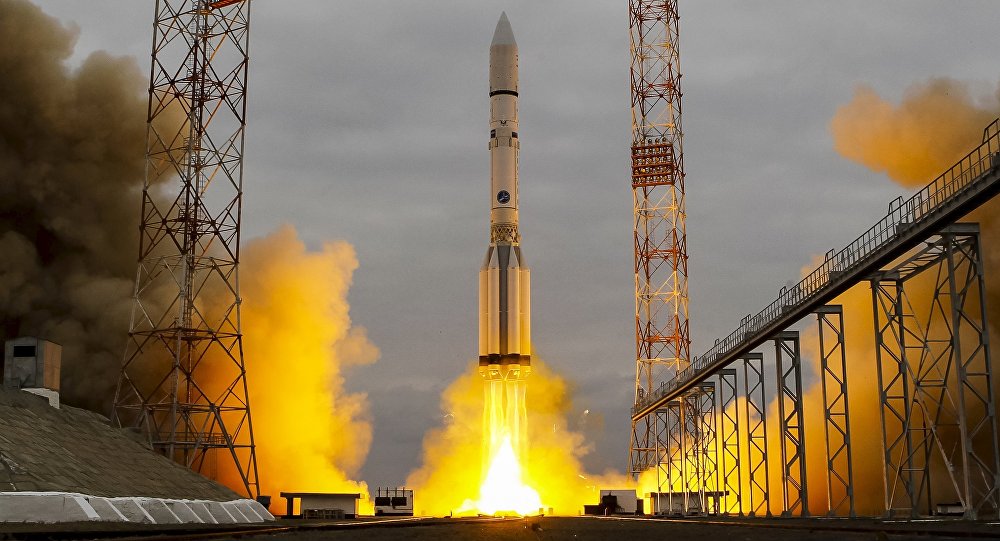 A Russian Proton rocket with a US telecom satellite Еchostar-21 was successfully launched early Thursday from the Baikonur spaceport in southern Kazakhstan, the Russian space agency Roscosmos said.

This is the first launch of a Proton since June 2016 when it suffered an engine glitch, prompting an audit that grounded the rocket for a year.

"The launch took place as scheduled," a Roscosmos official told Sputnik. The Briz-M propellant stage with a Еchostar-21 satellite is set to separate at 6:55 a.m. Moscow time [3:55GMT], the spacecraft is expected to separate from the rocket stage at 15:58 Moscow time."

The Proton-M is the largest carrier rocket in Russia's fleet of space launch vehicles. The rocket has lifted dozens of Russian and foreign satellites into orbit since it was first commissioned into service in 2001.