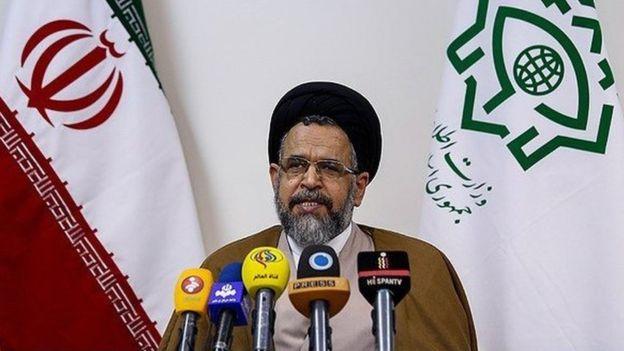 Iran’s intelligence forces have managed to discover a CIA’s espionage network in the country and in the region, said Intelligence Minister Mahmoud Alavi on Friday.

“In a complicated process against the US Central Intelligence Agency, its espionage network was identified with 290 spies in different countries, including Iran,” he said, adding that the information was offered to friend countries which led to arrest of CIA agents.

He made the remarks before the start of Tehran’s Friday prayers while briefing the nation about achievements of Intelligence Ministry.

The forces have also given a similar blow to UK's MI6, he highlighted, noting that details of both these operations will be announced soon.

Alavi went on to say that dozens of spies who had been working in the country’s sensitive sections have been identified and arrested.

Furthermore, the ministry has neutralized 188 operations, he noted, adding that the last of which was carried out in the south of the country, leading to the arrest of 4 individuals and seizing 15,000 Ak47 bullets.