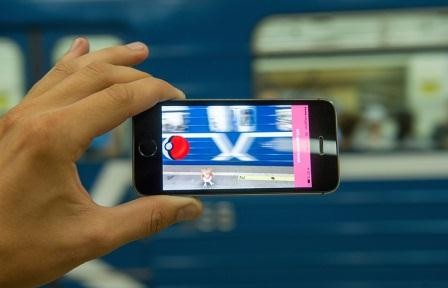 Apple Inc unveiled its new water and dust-resistant iPhone 7 with high-resolution cameras at its fall product event on Wednesday, and said a Super Mario game was coming to the new phone and Pokemon Go would feature on its upgraded Apple Watch, Reuters reported.

The excitement at the Bill Graham auditorium in San Francisco was not matched on Wall Street, where Apple's stock was down 0.3 percent. However, Nintendo Co Ltd's U.S.-listed shares, jumped more than 20 percent to trade around $35 on hopes its games would reach a new audience.

The world's best-known technology company said the iPhone 7 would have one, zooming 12-megapixel camera and the 'Plus' edition would feature two cameras.

It also removed the analog headphone jack, as was widely expected. The new headphones supplied by Apple with the phone will plug into the same port as the recharging cord, but it will also work with Apple's new wireless headphones, called Air Pods.

In a tweet that was subsequently deleted, Apple said the phones would be available Sept. 16.

The company typically gives its main product, which accounts for more than half of its revenue, a big makeover every other year and the last major redesign was the iPhone 6 in 2014. The modest updates suggest that this cycle will be three years.

Apple said its Apple Watch Series 2, with a swim-proof casing, will be available in more than 25 countries starting on Sept. 16.

"I predict Watch sales will improve dramatically," said Tech analyst Patrick Moorhead. "Most of the current Watch owners are early adopters and the next wave could be 10 times the size of that market."