The next cruelty from Assad's regime 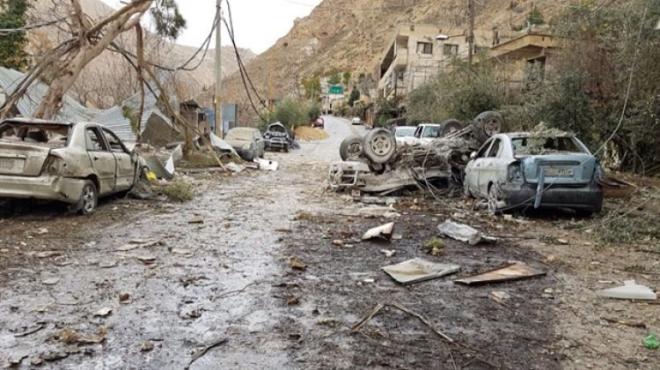 As a part of the demographic change policy, the military campaign of Assad’s regime and Hezbollah militia on the villages and towns of Barada valley near Damascus continued its 4th day in order to subjugate the people of the area and force reconciliation conditions that lead to transfer.

Axar.az reports that,on Bsima front, fierce clashes took place between the rebels and Assad’s regime forces, where the rebels destroyed two tanks and killed a number of the regime’s soldiers, whereas the regime forces attempted to advance on the fronts of Deir Kanon and al-Husainiya under air cover.

The airstrike of Ain al-Fijah and the surrounding areas damaged the springs that supply Damascus city and the western countryside with drinkable water and caused large earth cracks, which contributed to the decrease of water level, amid warnings that a humanitarian crisis may result if water sank into the ground.