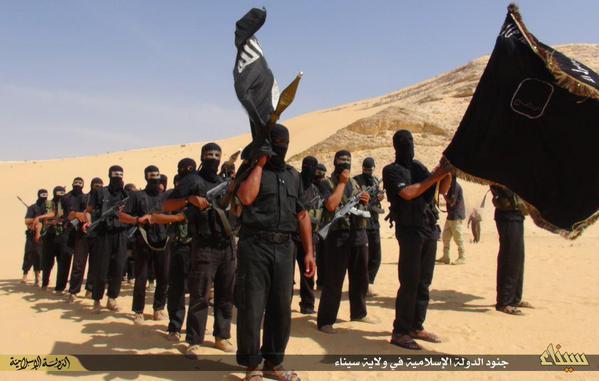 At least five Egyptian policemen were killed on Sunday after terrorists opened fire on their vehicle in the central Sinai Peninsula, security officials said, according to the PTI news agency.

Axar.az reports, the terrorists stopped the police vehicle, attacked the officers and then fled the scene.

Egypt has been suffering from violent terrorist attacks in the Sinai since the January 2011 revolution that toppled former President Hosni Mubarak.

The attacks increased after the ouster of Islamist president Mohammed Morsi of the Muslim Brotherhood in 2013.

Most of the terrorist attacks in the Sinai have been claimed by the Sinai Province terrorist group, which has pledged allegiance to the Islamic State (ISIS).

Among the attacks claimed by Sinai Province in recent years were the assassination of a top Egyptian police general, who was gunned down as he left his home in a west Cairo neighborhood, and a bus bombing on a tour bus filled with South Korean tourists in the Sinai.

While most of the attacks have occurred in the Sinai, there have also been attacks in other parts of Egypt, including the capital Cairo, where Islamist terrorists in October gunned down a senior Egyptian army officer who had served in the restive north of the Sinai Peninsula.