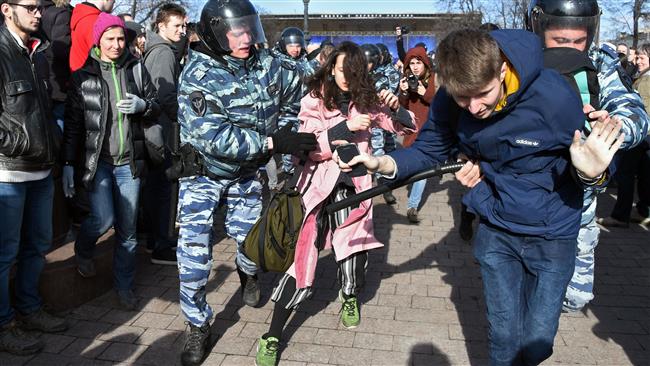 The United States says it is “troubled” by Russia’s detention of hundreds of demonstrators, calling on Moscow to release “peaceful protesters.”

Axar.az reports that the Sunday call was made by US State Department spokesman Mark Toner after reports that over 700 people had been arrested at an anti-corruption demonstration in the capital Moscow earlier in the day.

"We call on the government of Russia to immediately release all peaceful protesters," Toner said, voicing concerns that Russian opposition figure Alexei Navalny was also among those nabbed.

The latest number of those arrested was announced by a website called OVD-Info, tasked with keeping track of the detention of activists.

Russian police said earlier that 500 had been arrested.

Navalny’s supporters reportedly expect to see him appear at a court of law on Monday.

The Kremlin said on Friday that plans to hold a protest in the center of Moscow were an illegal provocation.