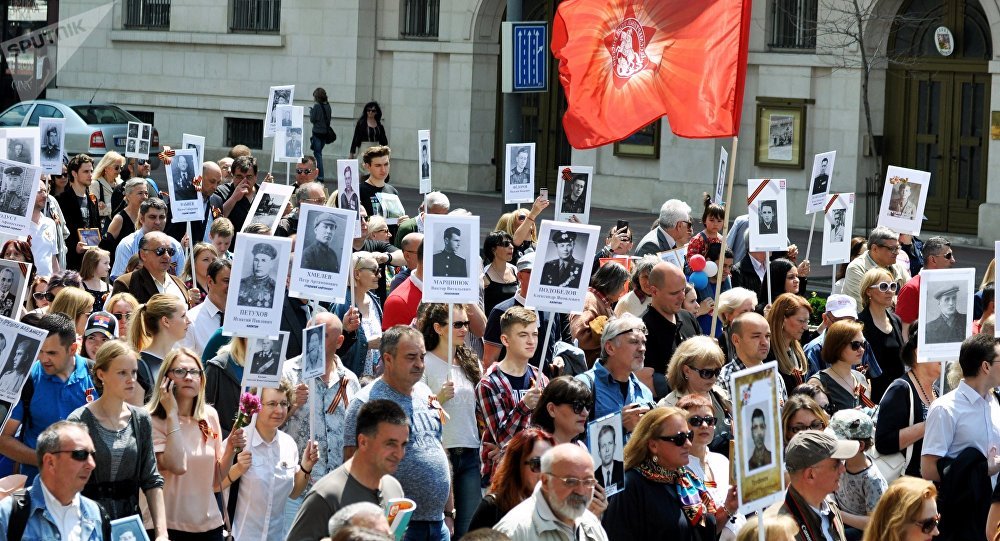 Nearly 3,000 people joined the "Immortal Regiment" commemorative march in the Serbian capital of Belgrade on Tuesday.

Axar.az reports up to 3,000 people joined the "Immortal Regiment" commemorative march in the Serbian capital of Belgrade on Tuesday, an organizer of the event told Sputnik.
"The event involved up to 3,000 people. Before the beginning of the march, we distributed 1,500 Saint George's ribbons at the Defenders of Belgrade Monument, 1,300 participants' lapel pins… and 700 empty sign plates for those who wanted to attach and carry the photographs of their relatives," Sergei Glischenko said.

Nearly 150 participants came to Belgrade from other Serbian cities, such as Kragujevac and Novi Sad. Authorities of the country's capital took part in the preparation of the "Immortal Regiment," while other partners of the event were the St. Alexander Nevsky Foundation, the Russian Center of Science and Culture in Belgrade, Sputnik radio station and many others.

The Victory Day is celebrated on May 9 in Russia as well as in a number of foreign countries with military parades and the "Immortal regiment" marches commemorating the anniversary of victory of the Soviet Union over Nazi Germany in the Great Patriotic War.