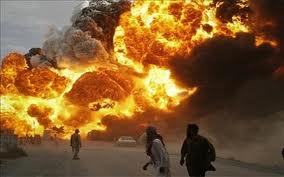 An explosion has killed at least 15 people in Pakistan's southwestern province of Balochistan, local media reported.

The blast took place in the town of Mastung, located about 50km south of Balochistan's provincial capital of Quetta. It appears to have targeted the convoy of Senate deputy chairman Abdul Ghafoor Haideri.

Television footage from the scene showed severe damage to several vehicles and motorcycles.

Haideri survived the attempt on his life, Geo reported, saying they had spoken with the senator over the phone.

The severely wounded were being moved to provincial capital Quetta, Malik said.