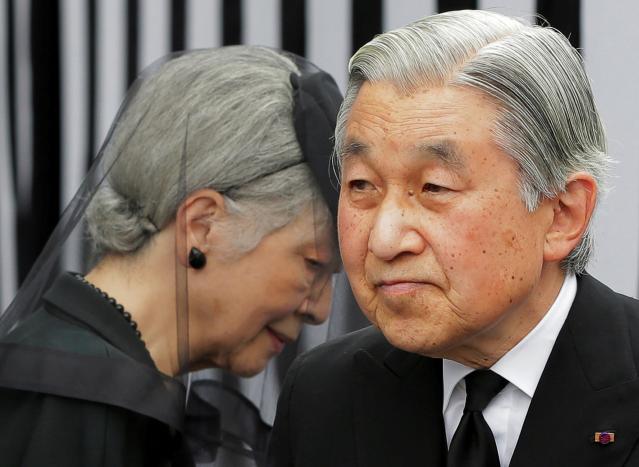 Japan's cabinet approved a bill on Friday that would allow Emperor Akihito to step down, paving the way for the first abdication by a Japanese emperor in nearly two centuries.

Axar.az citing Reuters the 83-year-old emperor, who has had heart surgery and prostate cancer treatment, said in rare public remarks last year he feared age might make it hard for him to fulfill his duties.

Akihito has sought to soothe the wounds at home and abroad of World War Two, which was fought in his father Hirohito's name, and to bring the imperial family closer to the Japanese people. He will be succeeded by Crown Prince Naruhito, 57.

The bill will be sent to parliament, where lawmakers are aiming to pass it before the current session ends next month.

"The government hopes for the smooth passage of the legislation," Chief Cabinet Secretary Yoshihide Suga told a news conference.

While no definite plan for an abdication has been confirmed, media have said it will likely take place in late 2018, which would mark nearly 30 full years on the throne for the emperor.

Abdication is not possible under current law and the last time an emperor stepped down was in 1817.

The bill is one-off legislation that would allow only Akihito to step down, with no provisions for future emperors.

It also makes no reference to the controversial issue of changing the system to allow women to inherit the throne, or to stay in the imperial family upon marriage, Japanese media said, although political parties are discussing a separate resolution on the topic.

Both steps have been suggested as ways to deal with a shortage of male heirs and a shrinking pool of royals generally, a problem thrust back into the limelight this week, with news that Akihito's eldest granddaughter will marry a commoner, after which she too must become a commoner.