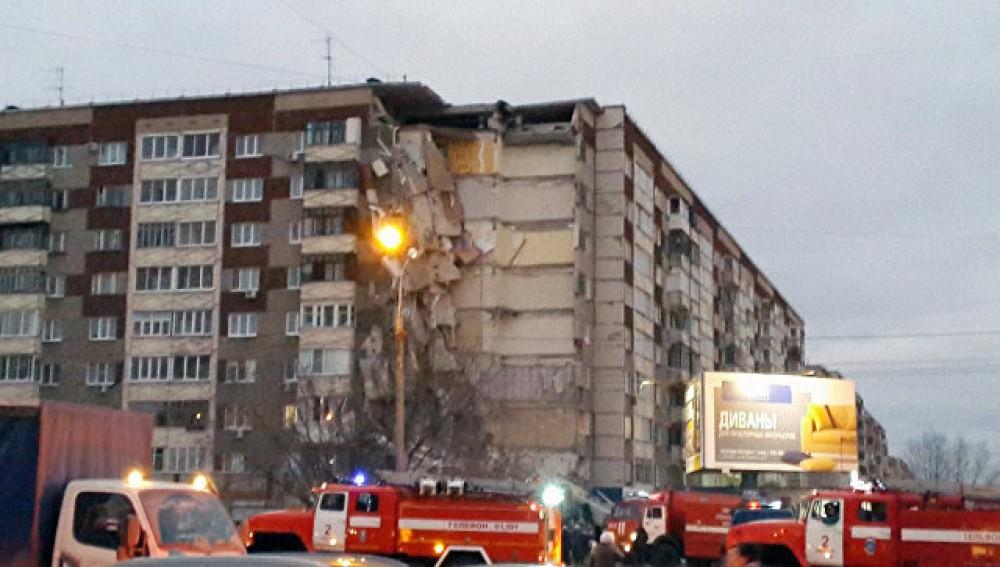 Several people were killed and injured after a corner section of a nine-storey, Soviet-era residential building collapsed in the provincial city of Izhevsk, Russian authorities said Thursday.

"There are dead and injured," the regional prosecutor's office said, adding it was working to clarify the number of casualties.

State television broadcast footage of the collapsed corner of the high-rise building in Izhevsk, some 940 kilometres (585 miles) east of Moscow.

A representative of the Investigative Committee, Vera Filippova, said in televised remarks that preliminary information pointed to a gas explosion as the reason for the collapse.

Flats on all nine floors have apparently been reduced to debris, with dust rising from the pile, footage showed.

A probe has been launched, Filippova added.

Thirty-two flats are believed to have been damaged.