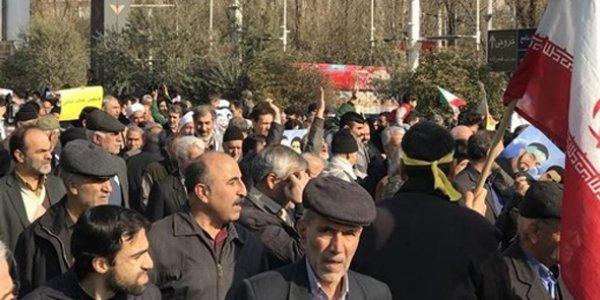 Axar.az reports citing Timesofisrael that thousands of supporters of Iran’s government converged on a square in the capital Tehran on Monday to condemn days of “rioting” that the Islamic Republic blames on its foreign foes.

Waving the Iranian flag and banners that read “Death to America,” they marched from all directions towards Tehran’s Enghelab (Revolution) Square.

In a shock announcement 10 days ago, Iran raised the price of gasoline by up to 200 percent, triggering nationwide protests in a country whose economy has been battered by US sanctions.

Officials say the demonstrations turned violent because of the intervention of “thugs” backed by royalists and Iran’s arch-enemies - the United States, Israel, and Saudi Arabia.