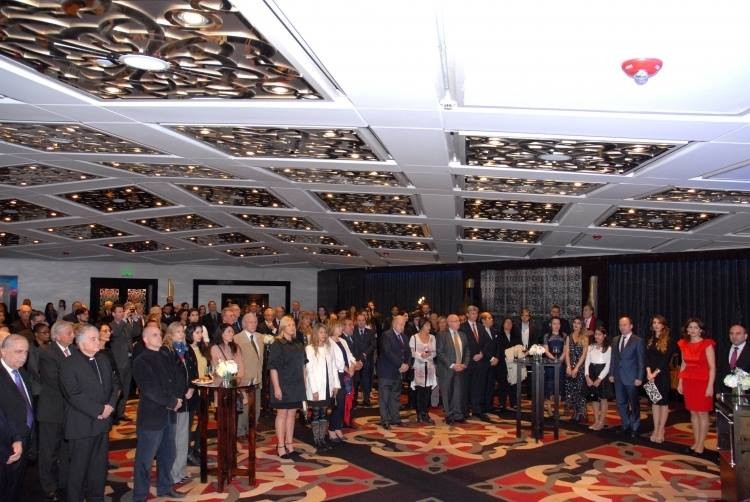 The Embassy of Azerbaijan in Argentine has organized an official reception to mark 28 May - the Republic Day.

According to the embassy, the reception was attended by representatives of Argentine’s government, parliament, diplomatic corps accredited to the country, scientific-academic-analytical, business circles and mass media. Argentinean government’s representatives included Argentina's Deputy Defence Minister Angel Pablo Tello, Undersecretary for Foreign Affairs at the Ministry of Foreign Affairs and Worship of Argentine Gustavo Rodolfo Zlauvinen, Second Vice-President of the Chamber of Deputies of the Argentine National Congress Patricia Giménez, as well as MPs.