"Such a double approach is not clear" 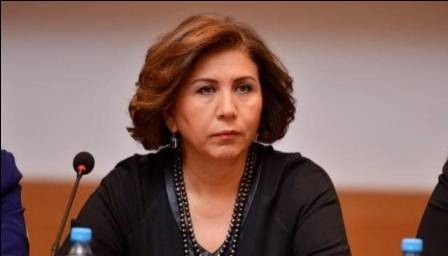 "The resolution, adopted on so-called 'Armenian genocide' by the German Parliament disappoints regarding the country's fair stand in Nagorno Karabakh conflict as the OSCE Acting Chairman".

She noted that the politicians, who afraid of supporting realities, concrete facts that took place, don't hesitate express their opinion on the event, claimed to happen hundred years ago: "Such a double approach is not clear".

B.Muradova stated that after bringing so-called 'Armenian genocide' to the agenda of Bundestag, adoption of the resolution was expected.

Deputy Chairman said that adoption of such resolutions causes serious damage to the works, carried out for prevention of the processes in the world, especially resolution of conflicts, avoiding wars and migration problem.