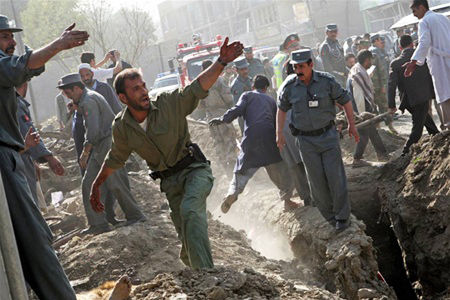 Axar.az informs that according to local authorities in the border province of Nimroz, the back-to-back explosions occurred in the Kang district, killing district police chief Dost Mohammed Hotak and 11 other officers. Bahram Haqmal, spokesman for the provincial administration, blamed Taliban insurgents for planting the mines.

Earlier in the day, at least five civilians were killed and nine others wounded, including women and children, when a car and minibus carrying passengers drove over a landmine planted by the Taliban in Maidan city, the provincial capital of Maidan Wardak province neighboring Kabul.

Last week, at least 13 civilians had been killed in landmine explosions in the western Herat city, as well as the eastern Laghman and Kunar provinces, according to the country's Interior Ministry.