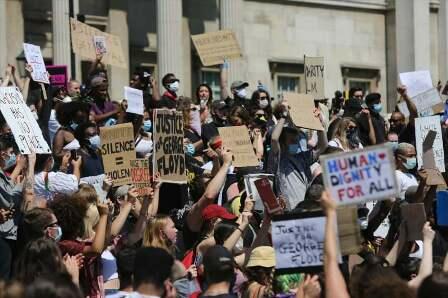 Axar.az reports that the statement came from the Metropolitan Police.

"Those arrests were for offenses including breaching coronavirus regulations, assaulting a police officer, and possession of drugs. Officers made a number of early interventions to prevent people from gathering and to urge people to go home," police said.

Besides, buses transporting protestors into the capital were intercepted and those who did not turn back and go home were either arrested or fined.

Earlier on Saturday, Sky News reported clashes between police and protestors, who threw various objects at officers and let off flares.

Several thousand of people took to the streets of London, chanting "Stop controlling us," "Stop the lockdown" and "Shame on you."