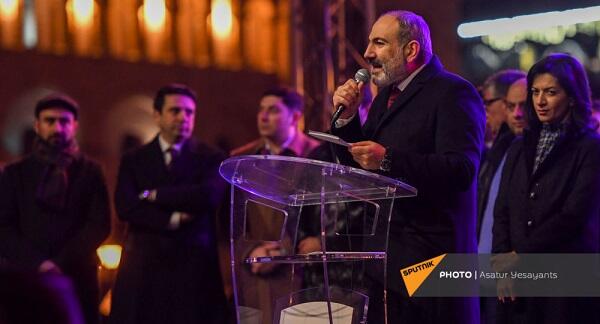 Armenian Prime Minister Nikol Pashinyan called for a march to the center of Yerevan after the rally.

Axar.az reports that Pashinyan told the protesters about the opposition's actions, "Despite saying bad things about us, those there are also our brothers and sisters. There we will lay flowers in memory of the victims of March 1. Then we will say goodbye and return to work."

Then Pashinyan led the march.