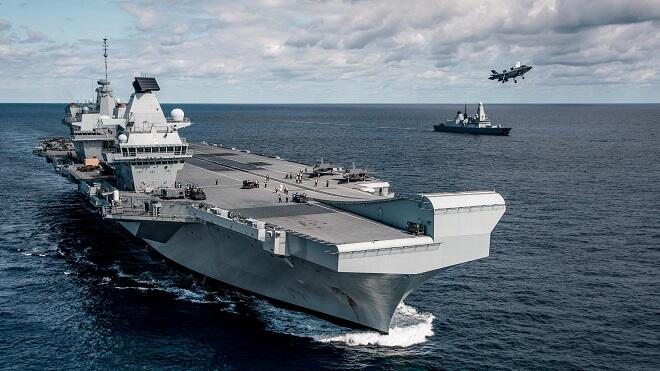 The United Kingdom signed a deal with Ukraine on Monday that will see it share with Kyiv the expertise needed to build warships and naval bases.

Axar.az reports that the memorandum was signed by UK Minister of State for Defense Procurement Jeremy Quin and Ukrainian Deputy Defense Minister Oleksandr Myroniuk aboard the visiting HMS Defender destroyer, which arrived in Ukraine's Black Sea port city of Odesa on Friday.

"This is another step in the development of bilateral cooperation between Ukraine and the UK, which is aimed at strengthening the Ukrainian fleet as it continues to face danger in the Black and Azov seas," the Ukrainian military said in a statement.

The UK will help Ukraine revive its shipbuilding industry, the Ukrainian defence ministry said. The two countries will design and build warships in Ukraine and in the UK and set up two bases for the Ukrainian navy.