Overchuk met with Pashinyan: What was discussed? 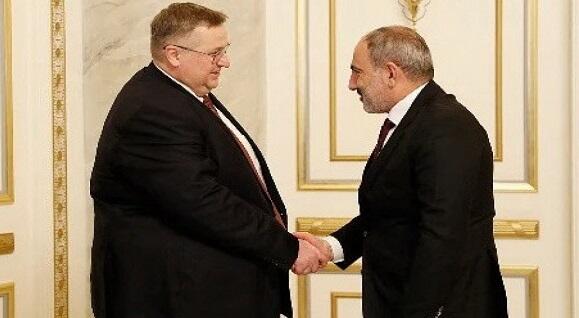 Axar.az reports that he will meet with Prime Minister Nikol Pashinyan.

The meeting will focus on the opening of communication lines.

It should be noted that A. Overchuk visited Azerbaijan today and met with President Ilham Aliyev.

The statement came from the Armenian government.

It was noted that the parties discussed the opening of communications in the region. The sides discussed the agenda of bilateral cooperation, as well as issues related to the activities of the trilateral commission consisting of the Deputy Prime Ministers of Armenia, Russia and Azerbaijan.