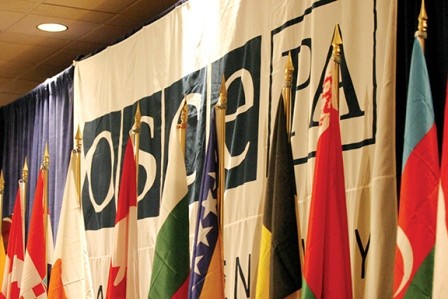 An amendment proposed by the Armenian delegation head, Artashes Geghamyan, to the resolution on the April events was rejected at the meeting of the OSCE Parliamentary Assembly Committee on Political Affairs and Security held as part of the organization annual session in Tbilisi July 3.

Geghamyan claimed that during the April hostilities among the Azerbaijani servicemen were militants of the Islamic State terrorist group who beheaded Armenian soldiers, APA reports.

The committee rapporteur, Margareta Cederfelt (MP, Sweden), decisively rejected the proposal by the Armenian delegation and the amendment was not adopted at the commitee meeting.