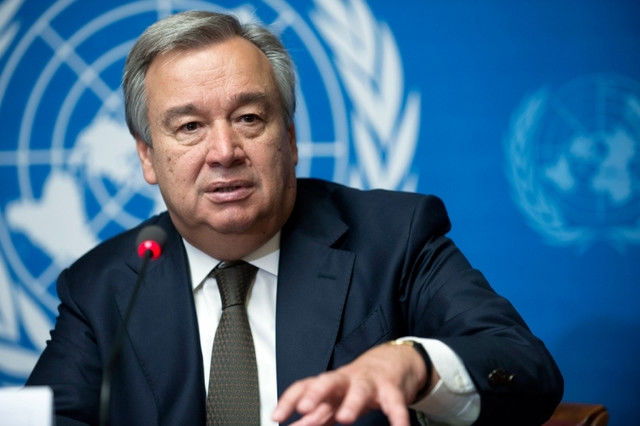 Axar.az reports that Secretary-General Guterres has called for strengthening international cooperation as the world today is full of changes and chaos, which the Chinese side deeply appreciates, said Wang.

China has always been advocating that major countries, especially permanent members of the UN Security Council, should take the lead in complying with the international law, in maintaining the authority of the UN, in practicing true multilateralism and in helping developing countries, he said, adding it is regrettable that certain major country, for its self-interest, practices unilateralism in the name of multilateralism, and creates small circles or cliques everywhere under the pretext of maintaining so-called rules.

China will stand firmly with the UN, unswervingly support the UN's central role in international affairs, and support the UN in playing a bigger role in addressing challenges confronting peace and security, Wang said.