Events in Turkey will not prevent normalization of ties 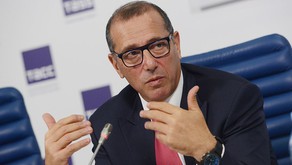 The attempt of military coup in Turkey - the internal situation should not negatively affect the normalization of relations with Israel.

"This is a certain internal situation in Turkey and we think that it is not related to international connections. In this regard, I do not see any reason why the agreement on the normalization of relations between Turkey and Israel would be detained", the diplomat said.

According to him, Israel is counting on the development of relations between the two countries in accordance with the plan adopted earlier.

Israel and Turkey signed an agreement on normalization of relations on June 28. In order the document to enter into force, it must be approved by parliaments of the two countries.