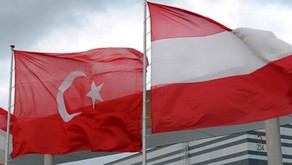 Austrian authorities required the Turkish Ambassador to give explanation due to the demonstrations held in Vienna in support of Turkish President Recep Tayyip Erdogan.

As the head of the Austrian Foreign Minister Sebastian Kurz stated in his interview with ORF radio station, the Turkish Ambassador will explain whether Istanbul called for the large-scale protests in support of Erdogan in the Austrian capital after the attempted military coup in Turkey.

"We have evidence that the demonstrations in support of Erdogan, held in Vienna, were organized directly from Turkey... This is totally unacceptable, and we want to express our protest", said Kurtz.