Next meeting of Presidents to be held in Iran 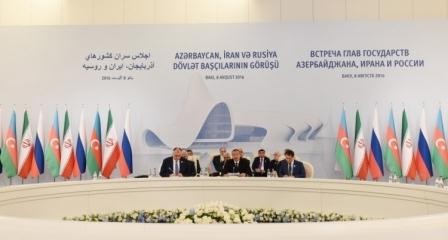 "The next meeting of Azerbaijani, Russian and Iranian Presidents will be held in Iran," said Azerbaijani President at the summit of heads of the states in Baku.


He noted that Iranian president proposed to hold the next meeting in Iran. According to the President, the proposal was accepted.


The date of the meeting is yet to be cleared.