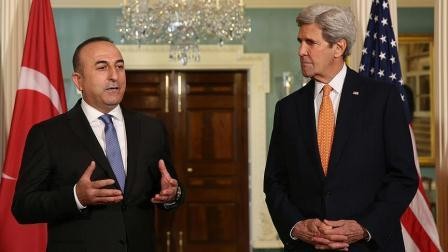 Turkey’s Foreign Minister Mevlut Cavusoglu met with the US Secretary of State John Kerry during the G20 summit in China, the Anadolu Agency reported Sept. 3.

During the meeting, the parties discussed the Syrian crisis, the situation in Syria’s Manbij and Jarablus, as well as fighting the “Islamic State” (IS, aka ISIS, ISIL or Daesh) terrorist group.

They also discussed the aspects of extradition of Fethullah Gulen from the US to Turkey. Gulen is accused of being involved in the July 15 military coup attempt.

Turkey’s President Recep Tayyip Erdogan had said the death toll as a result of the military coup attempt stood at 246, excluding the coup plotters, and over 2,000 people were wounded.

Turkish authorities have sent two requests for Gulen’s extradition from the US.