Putin to 'eliminate NATO threat' if Sweden joins it 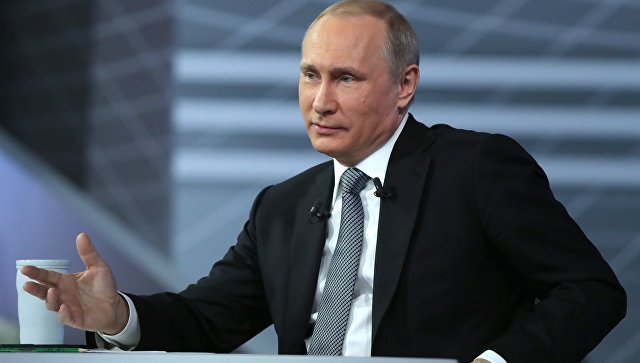 Russian President Vladimir Putin has expressed deep opposition to the idea of Sweden joining NATO, calling its potential membership of the U.S.-led alliance a “threat” that would need to be “eliminated.”

“If Sweden joins NATO this will affect our relations in a negative way because we will consider that the infrastructure of the military bloc now approaches us from the Swedish side,” Putin told state news agency Itar-Tass. “We will interpret that as an additional threat for Russia and we will think about how to eliminate this threat.”

Russian officials have repeatedly treated NATO expansion near or at its borders as encroachment, rather than a desire by their smaller neighbors to deter Russian military incursion as sustained by Ukraine in 2014. Currently only Montenegro is on the list of countries to be inducted into NATO, as Sweden and neighbor Finland opt to stay non-aligned. Currently, three Baltic states and Poland are members of NATO on Russia's borders.

Last year Russian Foreign Minister Sergey Lavrov said in Stockholm that Russia would take a military response to potential Swedish entry into NATO and on Thursday Putin elaborated on the extent of such a response.

“This does not quite mean that we will become hysterical and we will aim our nuclear missiles at Sweden,” Putin said. “But we will be obliged to undertake something because we see this as an additional threat to Russia.”

The Russian leader said “only a sick person” would imagine Russia attacking Sweden but noted that NATO membership would add “simply nil” in the way of defense capability improvements to Sweden.

Both Sweden and Finland have retained a partnership with NATO but have not sought membership, though speculation about them joining has mounted since Russia’s annexation of Crimea.

A report commissioned by the Swedish government voiced the advantages of NATO membership in September, given Russia’s increasingly militarized foreign policy, but Stockholm rebuffed suggestions it would seek membership.

"Our non-alignment policy serves us well," Foreign Minister Margot Wallstroem said after receiving the report. Joining the alliance "would expose Sweden to risks, both political and otherwise, and we don’t think that’s the right direction."