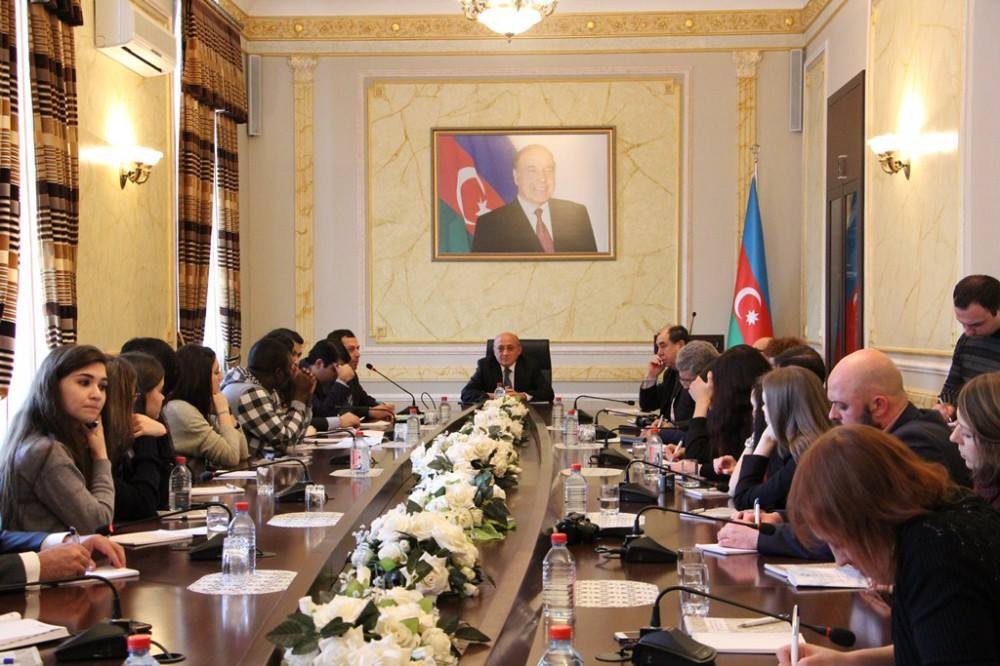 Addressing the meeting, Gurbanli said that “there is no alternative to multiculturalism in present world”. Stressing that Azerbaijan has developed an exemplary model of multiculturalism, Gurbanli noted that representatives of different religions live in peace and harmony in Azerbaijan.

Gurbanli pointed out that President Ilham Aliyev declared 2016 as the Year of Multiculturalism in Azerbaijan. He emphasized that the government regularly provides financial aid to non-Islamic religious communities.

Gurbanli briefed the participants on the Armenian-Azerbaijani Nagorno-Karabakh conflict. He said that 20 percent of the territory of Azerbaijan was occupied by neighboring Armenia, leaving more than 1 million Azerbaijanis expelled from their native lands.

The Chairman of the Committee said that the solution to all global problems depends on the inter-religious and inter-civilization dialogue, and equal respect for the representatives of different religions, languages, cultures and races.

The International Winter School of Multiculturalism has brought together 43 students from universities in Russia, Switzerland, Ukraine, Turkey, Italy, Portugal, Poland, Czech Republic, Georgia, Belarus, Bulgaria, Lithuania, Indonesia, Japan and Germany as well as 12 students of local universities along with local and foreign experts.