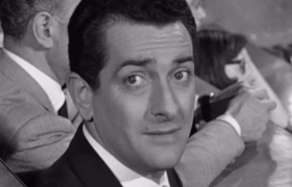 Italian film and television actor Riccardo Garrone has died in Milan hospital at the age of 89, ANSA sources said Monday.

Garrone was one of the stars of the Italian comedy (Commedia all'italiana) genre that was enormously popular in the 1950s, 60s and 70s.

He worked with many great Italian directors, including Federico Fellini (in La Dolce Vita), Mario Monicelli, Dino Risi, Luigi Zampa and Ettore Scola. He also had a successful television career, starring in comedy series such as Un Medico in Famiglia.