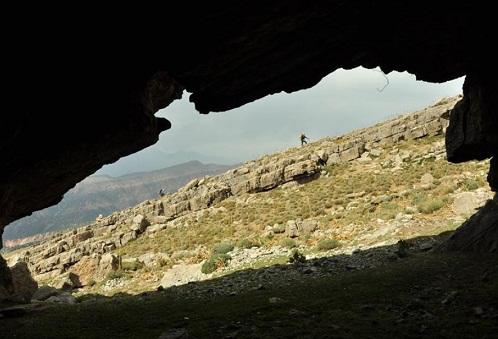 A digital reconstruction of the complete fossil, belonging to a girl aged 13, reveals it looks more modern human than Neanderthal.

Axar.az reports citing SKY that new analysis of a rediscovered fragment of a finger bone suggests the hands of ancient humans were similar to ours. The tip of the right-handed little finger was separated from the rest after it was discovered by scientists excavating Denisova Cave in Siberia's Altai mountains in 2008.

Denisovans and Neanderthals - both relatives of modern humans - are believed to have co-existed for thousands of years in the remote cave and probably across Asia - more than 30,000 years ago.

One fragment of the fossil was sent to a geneticist in Leipzig, Germany, and the fingertip to a geneticist in California, who later passed it on to Eva-Maria Geigl, a palaeogeneticist at Institut Jacques Monod in Paris who contributed to the new research.

She sampled the fossil's DNA and took detailed photographs before returning it. A digital reconstruction of the complete finger bone, which belonged to a 13-year-old girl, has now revealed it looks more modern human than Neanderthal.

The study was published on Wednesday in the Science Advances journal.