"Down the River" widely praised at Cannes 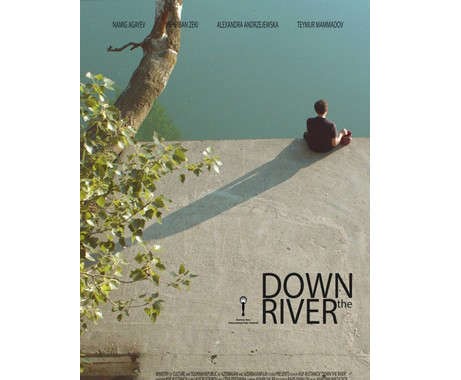 They spoke about the Azerbaijani feature film "Down the River", which will be shown in Vienna, Australia on May 21.

The film "Down the River", the production of the “Azerbaijanfilm” studio entered into LET'S INTEGRATE!, a special program within the Cannes Film Festival. The movie was selected as one of six films chosen from hundreds of movies, demonstrated in the festival during last three years.

All tickets for demonstration of the Azerbaijani film have been sold within a short period. The eighty percent of respondents voted 'Down the river' as the most successful film. Festival management is looking forward to new Azerbaijani films.

The authors of the film are Asif Rustamov and Otar Pertakhiya. The director is Asif Rustamov. The film's stars include Namig Agayev, Mehriban Zaki, Alexandra Andjevska and Teymur Mammadov.

"Down the River" is the psychological family drama about rowing team coach Ali, which is dealt a cruel blow by fate. Ali is a tyrant, who cheats on his wife and forces his son Ruslan to become a rower and train hard towards this end. Try as he might Ruslan is unable to live up to his father‘s expectations. Only with his son‘s tragic death Ali is forced to reassess his approach to life as well as towards those around him, in particular his wife.

The Cannes Festival is an annual film festival held in Cannes, France, which previews new films of all genres from around the world. Founded in 1946, the festival aims to contribute towards the development of cinema, boosting the film industry worldwide and celebrating cinema at an international level.

Azerbaijan will be represented by a group of film figures. The print and video materials on presenting the country's tourism potential will also be shown to visitors

The country is no stranger of the Cannes International Film Festival. Azerbaijani pavilion will be featured the sixth time during the film festival. The 69th Cannes festival will run till May 22.