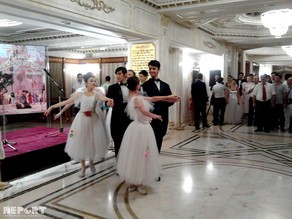 In this regard, the theatre held awards ceremony.

After the presentation ceremony, staff of the theater gave a concert.