Three cups of coffee a day 'may have health benefits' 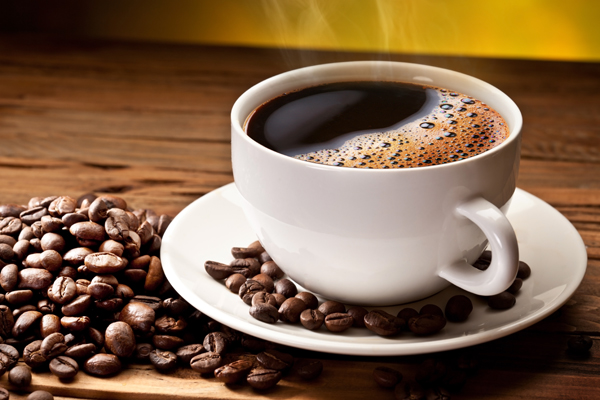 Moderate coffee drinking is safe, and three to four cups a day may have some health benefits, according to a large review of studies, in the BMJ.

- but researchers could not prove coffee was the cause.

Too much coffee during pregnancy could be harmful, the review confirmed.

The University of Southampton researchers collected data on the impact of coffee on all aspects of the human body, taking into account more than 200 studies - most of which were observational.

The findings back up other recent reviews and studies of coffee drinking so, overall, his message on coffee was reassuring.

"There is a balance of risks in life, and the benefits of moderate consumption of coffee seem to outweigh the risks," he said.

The NHS recommends pregnant women have no more than 200mg of caffeine a day - two mugs of instant coffee - because too much can increase the risk of miscarriage.

This review suggests women at risk of fractures should also cut back on coffee.

For other adults, moderate caffeine intake equates to 400mg or less per day - or three to four cups of coffee - but that isn't the only drink (or food) to bear in mind.

How much caffeine in my drink?

one mug of filter coffee: 140mg

one mug of instant coffee: 100mg

The researchers say coffee drinkers should stick to "healthy coffees" - which avoid extra sugar, milk or cream, or a fatty snack on the side.

And they are calling for rigorous clinical trials on coffee intake to find out more about the potential benefits to health.

At present, the researchers said pinning down exactly how coffee might have a positive impact on health was "difficult" but it could be down to the effects of anti-oxidants and anti-fibrotics, which prevent or slow damage to cells in the body.

Commenting on the BMJ review, Eliseo Guallar, from the John Hopkins Bloomberg School of Public Health, said there was still uncertainty about the effects of higher levels of coffee intake.

But he added: "Moderate coffee consumption seems remarkably safe, and it can be incorporated as part of a healthy diet by most of the adult population."

Tom Sanders, professor emeritus of nutrition and dietetics at King's College London, said coffee drinkers may be healthier people to start with - and that could skew the findings.

"Coffee is known to cause headaches in some people and it also increases the urge to go to the toilet - some people chose not to drink coffee for these reasons.