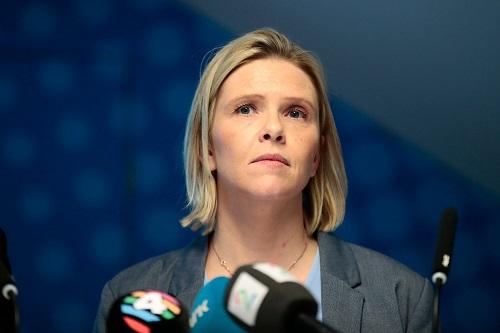 Norway's newly appointed Health Minister Sylvi Listhaug, no stranger to controversy, has once again stirred the public by claiming that she wants to avoid becoming the "moral police" and instead intends to let fellow Norwegians indulge in bad habits as they please.

"I believe people should be allowed to smoke, drink and eat as much red meat they just want. The authorities may like to inform, but people already know pretty well what is healthy and what isn't, I believe", Listhaug told national broadcaster NRK.

"My starting point for the job is very simple. I don't plan to be moral police, and will not tell people how to live their lives. Instead, I intend to help people get information that forms the basis for making choices", she explained.

Listhaug, who this weekend was also elected first vice-chair of the right-wing Progress Party, a paramount sidekick for the Conservative-led government, said she was increasingly sympathetic toward a particular group in society — smokers.

"I believe many smokers feel they have become pariahs. They feel they almost need to hide away, and I believe that's stupid", 41-year-old Listhaug, herself a social smoker, said. "Although smoking isn't good, because it is harmful, adults have the right to decide for themselves what they do".

Meanwhile, Listhaug's rather unorthodox stance has triggered a lot of criticism.

"She seems to have little understanding of what public health really is and what her task as a minister in that area is", Norwegian Cancer Society Secretary General Anne Lise Ryel told NRK.

She fears that Listhaug, through her influence and eloquence, will affect many Norwegians.

"Many will adhere to what she says. That is to say, public health has been set back many decades", Ryel said.

"This is wide off the target. It's madness. Contrary to what the whole community is trying to work against", trainer and fitness activist Anki Eie told NRK. "This is quite the opposite of how we work in this industry. It's scary that it comes from a minister. This will break down our health".

"I have only been one hour at the new office, and then the journalists were all over me", Listhaug laughed. She also pledged to prioritize care for the elderly, such as nursing homes and senior homes.

During her tenures as Norway's immigration minister and justice minister, Listhaug stirred up several controversies, including her calling to withdraw terrorists' citizenship and igniting a row with Sweden over attributing crime to immigration.

Listhaug, a mother of three and a devout Christian, became known for her hard line against illegal immigration and occasional attacks on feminism gone too far.