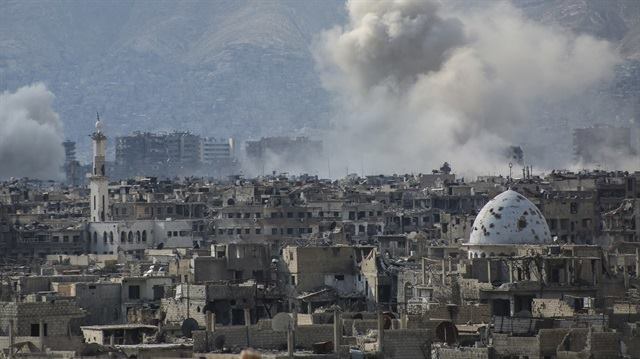 Sivilians and the opposition began evacuating a third opposition-held district of Damascus on Sunday, bringing the Assad regime closer to cementing its control over the Syrian capital.

An AFP correspondent inside Qabun saw around 10 buses carrying out residents and fighters in the morning, after a deal for the neighbourhood was announced late Saturday following heavy fighting.

The agreement mirrors those implemented earlier this week in the nearby opposition-held districts of Barzeh and Tishrin.

State media announced the evacuation had started, and an activist inside the remaining opposition-held part of the district earlier confirmed preparations for the operation were underway.

"The buses are being prepared, they are waiting in the areas controlled by the regime," Odai Awdeh told AFP.

"The names of those who want to leave, whether civilians or fighters, are being registered," he added.