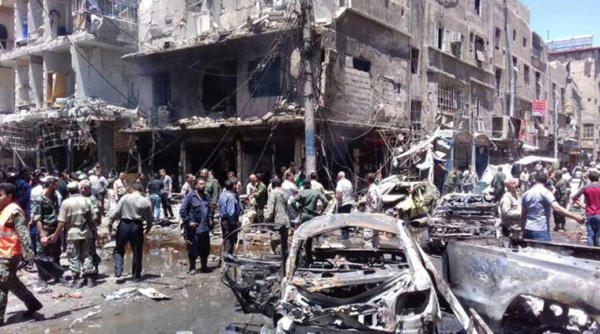 Axar.az reports citing Reuters that, rockets and gunfire followed the bomb in Hadher, close to the Israeli-held Golan Heights, the report said, adding the number of casualties was expected to rise.

The Syrian Observatory for Human Rights also reported clashes in the area between the Syrian army and the militants.

Formerly called Nusra Front, the group re-branded itself as Tahrir al-Sham in January after it severed ties with al Qaeda last year. Opposed to the Syrian government, the jihadist group is the dominant faction in the northwestern rebel-held province of Idlib.