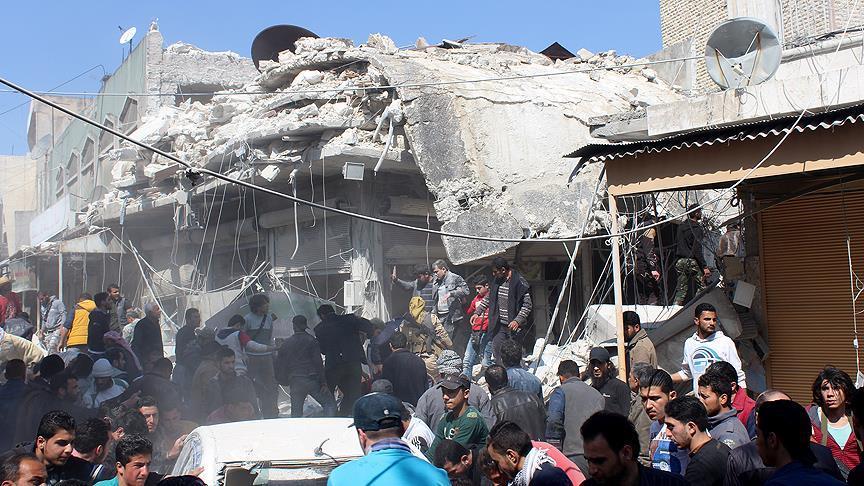 Two civilians were killed in Russian airstrikes in Syria's northwestern Idlib province, according to an opposition aircraft observatory.

At least 100 civilians have been killed and 50,000 people displaced in attacks by regime forces, Russia and Iran-backed groups in Idlib since October, according to the Syria Intervention Coordinators.

Turkey and Russia agreed in September 2018 to turn Idlib into a de-escalation zone where acts of aggression are expressly prohibited.

The Syrian regime and its allies, however, have consistently broken the terms of the cease-fire, launching frequent attacks inside the zone, killing at least 1,300 civilians since the agreement.