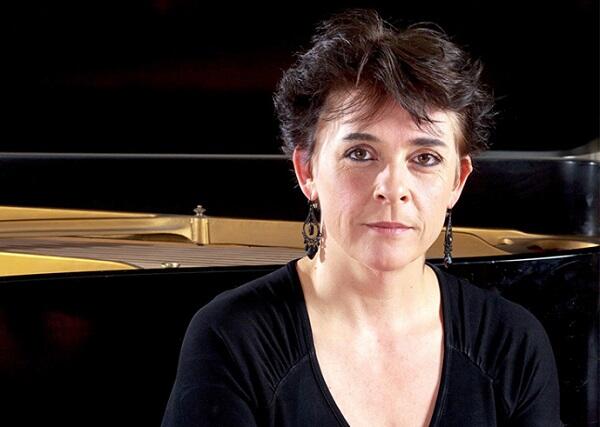 This work is the result of a long period of research, and an even longer period of a personal fascination with the Caucasus as a region with a, perhaps complicated, but very rich and colorful past and culture.

This statement was made by a member of the Eastern Europe Department of the Faculty of Humanities at the University of Amsterdam Sarah Crombach in an exclusive statement to Axar.az regarding her research work.

She mentioned that it's not true to name the dissertation as an "Invention of Azerbaijani past by Ziia Buniiatov" indeed.

"A few weeks ago I successfully defended my thesis “Ziia Buniiatov and the Invention of an Azerbaijani Past” at the Faculty of Humanities of the University of Amsterdam. This work is the result of a long period of research, and an even longer period of a personal fascination with the Caucasus as a region with a, perhaps complicated, but very rich and colourful past and culture: A crossroad of cultures that sometimes coincided, sometimes clashed, but in spite of the many differences also had much in common. My first interest in the region was a personal one. My work with orphans in Baku (mainly victims of the conflict over Nagorny Karabakh) was my first introduction to Azerbaijan, and this work opened my eyes to the devastating effects of ethnic conflicts and awakened my aspirations to contribute to society by understanding these conflicts. Unfortunately, mutual misunderstanding and animosity seems to be increasing instead of decreasing. The complexity of the region makes a single opinion on the past impossible. History writing - which is never black or white, or simply about collecting clear facts that consider the past- is especially in a region such as the Caucasus, exposed to severe discussions, depending on political, social or cultural issues that might seem irreconcilable.

He said the main focus of the thesis was the mechanics of social or political processes:

Studying Azerbaijani historiography was a case study: my task was not to write another version of national history. Rather, debates over the Azerbaijani past served as a case study for me to analyze the complex relations between politics and scholarship. As a historian, I never felt part of any camp. The mechanics of social or political processes were my key theme: I studied the processes and suggested how they work and which goals they serve. I studied the biography and publications of Ziia Buniiatov, not only as the life and the works of a national hero, but also as a manifestation of a “scholarly personae”, in other words as a characteristic example of a scholar in a specific context, with specific moral, academic, social and political needs. Ziia Buniiatov was a scholar that followed the patterns that were necessary to be a good Soviet Orientalist. My main focus was on investigating and understanding these patterns. Hence my use of the term “Invention” in my title helps me to denote the construction of a new historical canon that had to serve certain needs in the context of (post-)colonial rivalry and Soviet dogmas.

I truly believe that public debates, similar to the discussion sparked by my research, are crucial for finding common ground. This discussion could be an important step forward. My research might be useful for finding new ways of building bridges between parties that now seem to cherish the idea of an almost natural and essentialist animosity. In order to find a common ground for everyone, we need to recognize our own shadows and understand the perspective of “The Other” while respecting our own roots and cultures. If we want our children to live in a better world we need to be open towards ourselves and the other, we need to be wise in our (self-) reflections, and we need to be brave in our discussions, also with regard to the discovery of new identities, that are not necessarily based on ethnos or nation.

It should be noted that Sarah Krombach's thesis and the attempt to falsify our recent history, especially the attempt to discredit a scientist from Azerbaijan, such as Ziya Bunyadov, were met with protest in our country. Professor Aida Gasimova, director of ANAS Institute of History, academician, MP Yagub Mahmudov, director of the Nizami Literature Museum of ANAS, academician, MP Rafael Huseynov and other intelligentsia, as well as the Institute of Oriental Studies of ANAS reacted to this issue.