Russia taking side in Karabakh conflict 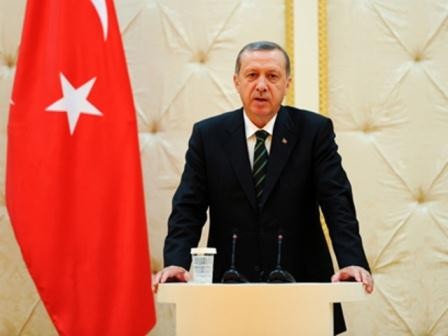 If any party is taking sides in Nagorno-Karabakh conflict, it is Russia, Turkish President Recep Tayyip Erdogan said responding to a charge he said Moscow made that Turkey was siding with Azerbaijan.

“Russia likes siding with others. It earlier was a party to the conflicts in Georgia and Ukraine as well. Now it is taking side in Syria,” Erdogan said. “Russia says “Syria asked and we intervened”. You can’t deceive me. Why are you siding with oppressors, instead of siding with the oppressed?”, the Turkish president added.

Erdogan expressed hope that Armenia will respond to Azerbaijan's efforts. “Armenia is responsible for the development,” he said.