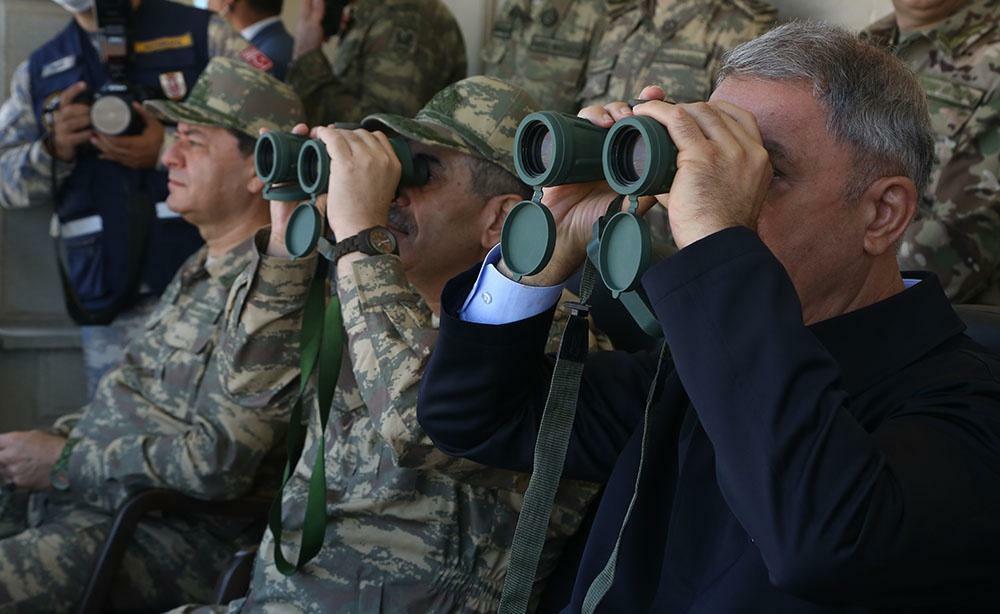 On August 13, the "High-Level Observer Day" of joint tactical and tactical-flight exercises of the Azerbaijani-Turkish ground forces and air force was held.

The leadership of the Azerbaijani and Turkish Defense Ministries and the commanders of the troops arrived at the training ground to watch the last episode of the first phase of the exercises.

First, a briefing was given on the planning of the exercise, the preparation process, the deployment of troops, as well as the tasks to be performed in stages. After a detailed report on the layout of the area, the high-level guests got acquainted with the personnel and military equipment involved in the exercises and observed the practical implementation of the tasks.

During the joint tactical exercises, the servicemen and units of the two countries' armies demonstrated high professionalism and skills, the staffs of the headquarters and units increased their experience in planning and implementing joint activities, and demonstrated their readiness to cope.

After the successful completion of the last episode of the first phase of the joint exercises, the guests met with the personnel, awarded the distinguished servicemen and took a photo.

At the end, a musical program consisting of military anthems of Azerbaijan and Turkey was presented to the delegations and training participants.